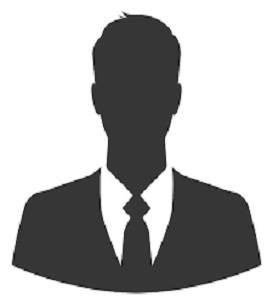 
Ifey Ikeonu is a Lawyer and Energy Sector Consultant with over 25 years of experience in the African Electric Power Sector. She has acquired skills in energy policy, planning and management, public-private partnerships, electricity sector reform and regulation as well as energy access programmes in Africa. She has significant experience in regional energy sector policy and regulation as well contractual arrangements and project management. Ifey holds a Masters degree in Law from the University of Lagos, Nigeria as well as an MBA from the University of Cumbria, United Kingdom with specialization in sustainability and leadership. She obtained her law degree from the University of Benin, Nigeria. Ifey was the Ag. Chairperson of the ECOWAS Regional Electricity Regulatory Authority (ERERA) between June 2015 and April 2016. Prior to that appointment, she was a pioneer member of the Regulatory Council of ERERA where she served as Commissioner (Legal) for a period of four years. Before joining ERERA in January 2011, she held various senior management positions at the Nigerian Electricity Regulatory Commission (NERC) where she served as the Head of the Strategy and Project Management Office as well as Head, Legal, Licensing and Enforcement Department. She was responsible for developing the licensing framework for the power sectors operators in Nigeria and also had the tasks of monitoring compliance and enforcing the terms and conditions of the licenses. Ifey worked as in in-house with the Power Holding Company of Nigeria (PHCN) for over ten years and was involved in the negotiation of various large scale power projects including the Power Purchase Agreement (PPA) between PHCN (Nigeria) and NIGELEC (Niger Republic), the PPA between PHCN and Agip 480MW IPP; the PPA between NEPA and Ibom Power IPP for l90MW as well as the Gas supply Agreement between Nigeria Gas Company and PHCN. Ifey played an active role in the power sector reform programme in Nigeria where she worked with various committees on the Legal and Regulatory aspects of the reform. She was also pivotal in developing the regulatory framework for the regional electricity market of the Economic Community of West African States (ECOWAS) leading to the approval of key documents such as the Regional Market Rules, the Regional Transmission Pricing Methodology as well as the WAPP Operational Manual. Ifey has also been actively involved in the Sustainable Energy for All (SE4ALL) Initiative where she represented West Africa on several SE4ALL platforms and has assisted both several West African Regulators to develop the legal framework for attracting investment into the renewable energy sector. She also has considerable experience working with various funding partners, development institutions and financial institutions to structure investments and funding options for public private partnership initiatives in the power sector. Ifey is a certified Regulation Specialist who has written a number of articles on the power sector reform programme and Regulation within ECOWAS and has also presented numerous papers on the same subjects.